A Near-Perfect Movie, Fucked by One Dialogue

I WILL WARN YOU BEFORE THE SPOILERS 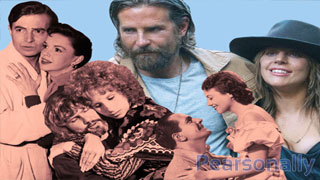 Bradley Cooper has done considerable good with his career since his breakthrough appearance in the excellent comedy The Hangover (2009), where he sailed by on more than his good looks.  With Silver Linings Playbook (2012) he displayed his (semi-)serious acting chops.  In this film he goes dozens of steps forward: almost every major craft position has either his sole or shared name.  He is the director, star, soundtrack producer and co-writer for this film.  With this film, my respect for his talent has become stratospheric.

The title “A Star Is Born” has been used for 3 other movies1, in 1937, 1954 and one of my brother Dave’s favorite movies back in the 1970’s, the Barbara Streisand/Kris Kristofferson offering from 1976.   It is also the title of television series in both Israel and Japan.  The story, I have heard, reaches across cultures, and is a timeless note on love, ambition and ultimately, sacrifice.

The movie rolls smoothly, believably, building up the story with awe; beautifully photographed, breathlessly believable. Several songs and several scenes play through with grace. The male lead — played by Bradley Cooper — is Jackson “Jack” Maine, a famous musical artist whose music runs the curb between country and album rock. He does of course have a specific demon on his shoulder, alcohol. So it’s in a random bar he runs into Ally — Lady Gaga — who sings and is discovered by Jackson, taken under his wings, and they do of course — shocking — fall in love.

There May Be A Spoiler Ahead

So after just over an hour and a half we get to the point of redemption, where Jackson is in rehab. And this is where I feel cheated, punched in the gut. His dialogue with the facility operator is so obviously how the movie will end up, it destroys the rest of the movie. Cooper states so emphatically how he tried to kill himself during his youth that — despite being a virgin to the story — I knew without a shadow of doubt the remaining 20 minutes immediately. Damn. I was so fucking pissed I wanted my money back, despite how much I loved the movie until then.

To sum up this brief review, I want to say this: “it’s imperfection was avoidable”.  But still, I fucking loved it.