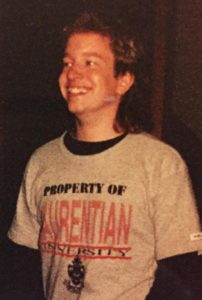 And also one of the most difficult to answer with anything approaching precision.

My most important answer is summed up in one word: Husband.  Next come Father, Brother, Uncle, Brother-in-law.  Then come Friend and Fellow Activist.  After those, I guess, Acquaintance, Customer, Bystander.

I was born in a Detroit suburb on a historically tragic and surprisingly auspicious day for my life vision: “Bloody Sunday”; March 7, 1965.  I am, thus, over 50, but must say I feel young at heart.

Currently I am involved in dozens of projects, from working with my wife on a medical recovery to hopefully staying on top of the ever-growing ‘honey-do’ list for our home, to learning for my A+ and future Network+ certifications, and more. I — and we — stay happily busy with cooking, health, relationship, family, loving, growing, learning, flaunting tradition and laughing at authority.  I work for Amazon in Houston, but also do some computer and Website construction and graphics, and edit videos when I can.  I also volunteer Web services to a MI-based environmental and agricultural advocacy organization and a Houston-based state/church separation advocacy group.

The multitude of things I have done in my life could fill a blog.  So let’s touch upon some easy things.

My wife and I have traveled to several awesome places here in Texas, and to Florida, Nevada, New York City, Puerto Rico, and even Hawaii.  We moved here to the Petro Metro from Detroit in 2009 and never looked back at that bad attitude train-wreck of a has been ghost town.

Before meeting my wife I had lived for a while in both Florida (Coral Springs/Ft. Lauderdale) and L.A., yet I moved back to Detroit twice, proving I am twice as stupid as I ever needed to be.  But then again, I did eventually meet the love of my life  .  .  .

To further touch upon the theme of travel, I have been to several places in Ontario, even kinda live for a time in Windsor, have been to Toronto several times, and Montreal once (“oh, what a night . .”).  My personal journeys have taken me extensively to northern Michigan, all across the lower mitten in fact; Chicago many, many times (let me tell you about the “operation” in the abandoned warehouse one day…); Iowa; Washington, D.C. a few times; New York; Boston; many places in Ohio (I Heart Cedar Point!); Kentucky; Dallas; Atlanta (#2muchcoke) and flew in a prop plane illegally inside the Grand Canyon.

Oh, and unfortunately, I’ve also been to Gary, Indiana.  Bleh!

Share Your passion: What are your favorite things to do outside of work?

This may not be a complete list. Updates certainly to come.

What else do you want to know?

Below are some stupid random things you may or may not give a crap about.

Why did the lactating cow cross the road?

To get to the udder side.

What is Dracula always doing when he has the flu?

A Man of Letters.

I know a man of letters who always pens his thank you cards and correspondence letters in beautiful block lettering.  Yet when he writes a swear word, he uses cursive.

If you’re not a doctor, patience is a virtue.

And if you are a doctor, patients are a virtue.

A Certain Type of Media Production . . .

One online dictionary defines a specific type of movie or television production as: “a presentation expressing or dealing with factual events”.  Usually this type of presentation is used for history or biography. 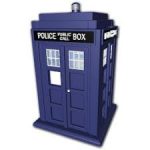 One which is being produced right now is of interest to fans of sci-fi television.  England’s oldest serial science fiction television series will have it’s definitive treatment coming soon.

The show will included interviews with several of the actors who have played the eponymous role, including Jon Pertwee, Tom Baker, Peter Davison, Colin Baker and David Tennant.

The adventures and story lines, writing and production of the show about a Time Lord whose numerous travels and travails in his TARDIS (which is a British public telephone booth) will all be covered.

It will be known as 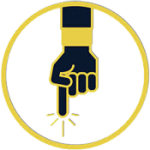 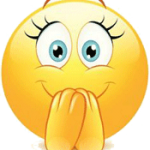 Next Joke On It’s Way

As a self-confessed neologist, my success is dependent upon your judgement of these creations.  Agree or disagree, enjoy or not, but please feel free to use or begin a dialogue.

1.  I am a Texas Certified Assistant Nurse

2.  I am a certificate-bearing Phlebotomist (no licensing in TX, though I haven’t obtained Certification)

3.  I was editor and publisher of a sci-fi fanzine through high school and for a few years after, published articles by David Gerrold and Hugh Hefner.  Forry Ackerman wrote a large, specialized article (for an issue which only became published in 2019, see here), and I still have every word and photograph of the article

4.  I  am an officiant for secular and LGBT weddings

Yes, I have not only his signature on a memo pad (thus his name included below), but on several letters to me and the autographed copies of over a dozen of his books.  My hero.  I also have all of the original sheets and photographs and graphics he sent for an article I put in my former sci-fi fanzine, Microzine (formerly Encyclozine).  In 1983 he sent me a copy of Amazing Stories from October, 1926 which had been in his collection for over 30 years.  [pics coming]

Or as he has it, “Big-hearted Howard DeVore”.   He was a racist, but a very nice one.  His book A History of the Hugo, Nebula and International Fantasy Awards was co-authored with Donald Franson.

He has sent me a complete set of his awesome multi-volume Through Atheist Eyes: Scenes From A World That Won’t Reason.  Also, I ordered used on Amazon a copy of Dial-An-Atheist Greatest Hits from Ohio, and it happened, also, to have been autographed many years before by him.  Too cool.  See his YouTube channel here.

She’s also a cousin, but this life coach’s advice in her book (also available for Kindle) Who in the Hell Do You THINK You Are?: Perception IS Everything has salient advice in an easily consumed paperback.  Her style is clear and although I have never been into “Self-Help” books, perusing my autographed copy of her octavo helped me push against my own pompous angst to realize how well-placed and formatted life advice may make a difference in mine.

The only book of its type I’ve ever recommended.  And I do.  (n.b.: not just because she’s a relative and a pal.)

Signed copy of her Henna For The Broken Hearted, which came to me from India.  Her blog has interesting observations, and I recommend it for other Indophiles.

Along with running his blog and having several of his many published books, I have only one which is autographed, Unzipped: The Popes Bare All : A Frank Study of Sex and Corruption in the Vatican which I picked up from his appearance at a Michigan Atheists (chapter of AA) convention.

Personally (or should I say Pearsonally) signed copy of the very limited edition hardcover of his gorgeous art book A Separate Star.  Limited Edition for his appearance at World Con ’86.  Link is for the paperback.

Organizations I Belong To

These are organizations I fully support, and am a dues-paying, card carrying member thereof.  Click each to go to their Website or for more information.

American Association for the Advancement of Science (AAAS)
This year I updated my membership to include the print edition of the journal Science. Insert Smile Emoji Here.

Freedom From Religion Foundation (FFRF)
Yes, one of America’s most hated and maligned groups, the bane of fundamentalist Xtian fucks. Their roughly monthly magazine, called Freethought Today, is just brilliant and informative. Read just one issues’ Black Collar Crimes section, and you, too, may become hooked.

Americans United for the Separation of Church and State (AU)

Michigan Industrial Hemp Education and Marketing Project (MIHEMP)
Not only am I a founding member of this organization, such was done in the den of the home Cynthia and I had in Redford Township, MI. Ever since, I have been the Director of Communication and Webmaster, though in the past few years the org has done little, we were fundamental to getting an Industrial Hemp bill through the MI state assembly.

See Organizations I Belong To

ACCOMPLISHED: To produce the final issue of the science fiction fanzine I started (and did almost all of the work for) through high school and for a few years after. The first issue was called ‘Encyclozine’, but for the remaining issues, I changed it to ‘Microzine’.  During the roughly 3 years of my distant friendship with Forry Ackerman, he wrote an article for me, and I never finished that final issue. Now I am working slowly in the background, just a few hours a week, to do all the work to compose — I still don’t know why, except to honor the life and memory of Forry in my own insignificant way — the final issue. Stay tuned.

—   *   *   *   —
Online, interactive .js timeline of some of ancient culture’s most momentous symbolic creations; from cave drawings to early writings. This developed out of a book project on the history of religious ritual.

To create a JavaScript interactive Periodic Table of the Elements which can interactively explain dozens of properties of atoms. Available would be full intuitive explanations to dozens of ignored atomic properties, how atoms interact with other atoms, and how valence determines molecular structures, and cover each element’s isotopes, ionization and tertiary properties. I also see a way of integrating the lanthanides and actinides within the main table, instead of casting (most of) them off like they’re in the doghouse.