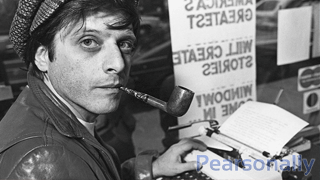 As I recall, I was a wee 12 years of age when I first read the short story ‘”Repent, Harlequin”, Said the Ticktockman’.  Having heard about the famous short story from others, and conveniently holding a collection of short sci-fi, I must have read it twice that day.  At least.

Eventually, as my immersion is sci-fi fandom became deeper, I collected and consumed his paperback short story collections in my later teen years, oftentimes from Waldenbooks in Southgate Mall, and increasingly from the huckster table mazes at sci-fi conventions in SE Michigan.  Second copies of Strange Wine, especially, and even Deathbird Stories were picked up cheaply at the local Book Nook on Vernor Ave. and loaned out to trusted comrades (MMG, 26 years does not absolve you of burden for that worn paperback of Strange Wine).

Born in Cleveland in 1934, his first published writing was a fan letter in a comic magazine 13 years later.  This seemingly led him to desire seeing his name attached to more serious words.  At age 15 he serialized 2 stories in a local newspaper, and went on, during a long and tumultuous career, to define prolific; publishing in print only a few novels, but dozens of short story collections as well as a pile of collaborations, screenplays, television advisory positions, weekly newspaper columns and lucrative college speaking tours.  If you want to count the number of short stories he’s had printed in such standards as “Analog”, “Isaac Asimov’s Science Fiction Magazine”, “Galaxy”, “Nebula”, “The Magazine of Fantasy & Science Fiction”, “Realms of Fantasy” and more1, you’d need to know higher math.  It is possible that in the genre — one he only would allow for his works to be called the cop-out of “speculative fiction” — only Isaac Asimov has more titles.

His personality was as well know among the literati as his vast talent, having picked fights and even been in many physical and symbolic fights with fellow authors, lit agents, TV and film producers and even one of his college professors which lasted decades.

World Fantasy Award winner Dan Simmons said of Harlan Ellison (who was himself a winner and named a Nebula Award Grand Master): “No one inspired me to write, but writer Harlan Ellison terrified me into getting published.”  Perhaps few people have ever won as many writing awards as Harlan.  His influence on generations of writers and fans is unmatched, with the possible exception of Forry Ackerman.

Should you be interested in knowing more about his story, a good place to start is the documentary Dreams With Sharp Teeth.

Though he left behind an enormous corpus of literature for us to enjoy, to carry his mission, his visions and his predictions we can carry into the future better because of his love of the craft of fiction.

HE will be missed.