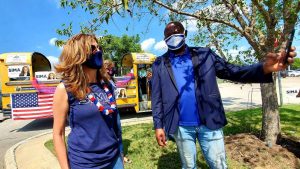 Yesterday my wife and I had the pleasure of meeting Sima Ladjevardian.  Don’t ask me to pronounce the name, but she is certainly getting our vote in this election.  Running against Dan Crenshaw (R), we hope to have a representative in Congress to replace Trump’s local bagboy.

Now don’t get me (too) wrong: there’s a lot I like about Crenshaw.  He was, for instance, in the military, served overseas, and was wounded in combat, losing his right eye.  When I sent a beloved relative a pic of Sima, she wrote back “I hope Sima doesn’t win, I like Dan.  Did you see his cool campaign ad? Very over the top.”  No, I don’t know which one you mean.  Besides, advertisements and history are not valid foundations for choosing a vote: policy is.

Crenshaw followed along in lockstep with his fellow Fuckublicans in not holding the impeached Prez accountable for the very actions which led to his impeachment.  Crenshaw, in response to the synagogue attack in Poway, CA, which left 1 person dead and injured, equivocated criticism of Israel’s governmental actions with anti-Semitism and spoke harshly about a cartoon.  Did he come out against such Right-Wing actions and criticize the killer?  Take a guess.

Crenshaw desires to make women wards of the state, removing sovereignty over their own bodies in medical and reproductive care.  Instead of being simply against abortion, which itself is a fine position, he wants the procedure (which he doesn’t seem to understand) to return to the unsafe Dark Ages, while hypocritically not supporting any policy or social advocacy which will produce the best desired outcome – a reduction in the # of abortions to be considered.  Being a member of the political party which self-servingly touts its support of “freedom” and “the Constitution”, it despises and abandons both when it comes to abortion. Despite Planned Parenthood being a fantastic and helpful resource for women’s health and reproduction issues (actually decreasing the # of unintended/undesired pregnancies), he votes to de-fund Planned Parenthood.  Simple hypocrisy.

Even on education he has nefarious purposes and dog whistle wording to provoke emotional responses “I am proud to be endorsed by the Texas Home School Coalition! I support education freedom and making sure that home school families remain free of undue government interference.” (Twitter).   Home schooling, in the age of Covid-19 (thanks in large part to Resident Dump’s incompetence) seems like a good idea, so before Covid, it was always a canard of the Reich-Wing, and as usual, posited with lies, mistruths and misconceptions.  Doubt it?  Read Kimberly Blaker (editor) The Fundamentals of Extremism: The Christian Right in America to know from where I stand, and for an in-depth investigation into the horrible reasons the Far Reich supports home schooling.  It should be no surprise that he is against states adopting federal education standards.

Perhaps his most ill-sighted position is against federal support for renewable/green energy and thus jobs, while saying nothing against the BILLION$1 of dollars in tax breaks and subsidies for the most harmful sub-industry on Earth.  This amounted to more than $20Billion in 2017 alone.

Not to mention he

— is against ANY form of sensible gun legislation (even though 1) I agree with him on certain basic protections, and 2) the programs instituted in states such as Massachusetts have had a marked reduction in gun violence)

— supports overturning the Affordable Care Act, which is imperfect, but gave millions coverage they otherwise could not afford, and worked to reduce the bloated costs of healthcare in this country because of the loosely-regulated insurance market here, a problem no other 1st world economy burdens itself with

— supports the construction of a Southern border wall, despite the fact that the greatest percentage of “illegals” are here not from crossing the land border

However, on the good side, he is for nuclear energy.  So I cannot dislike him 1trillion %.

Crenshaw does represent one thing I like.  He is, first, a smart Republican (not always an oxymoron2), one whom I happen to disagree with a whole shitload of the time.  If I were in office, I would have him as a consultant, if not just for making certain I have entry to a variety of views.  But his outspoken criticism of the way the bloated military budget is spent makes me wish he were on the Armed Services Committee.  My critique is not how much is being spent (another issue entirely), but how that money is being spent.  Instead of multinational contractors getting big-purse jobs for new tanks or aircraft3, we have existing military infrastructures where attention is needed.  He points to ofttimes dangerous infrastructure upgrades needed on our aging fleet of still-viable aircraft carriers, for instance.  Some of the other issues I’ve read about recently include failing stabilization structures on portable grenade launchers, broken-down jeeps causing delays in troop training sessions and an outdated computerization and missile launch system which is a holdover from the punch-card era.

On MJ Hager, she is running against John Cornyn.  If I wasn’t an Atheist, I’d be praying night and day to Krsna she would kick his fucking ass and toss that POS out of politics forever.

Here are some of my favorite recent political cartoons: 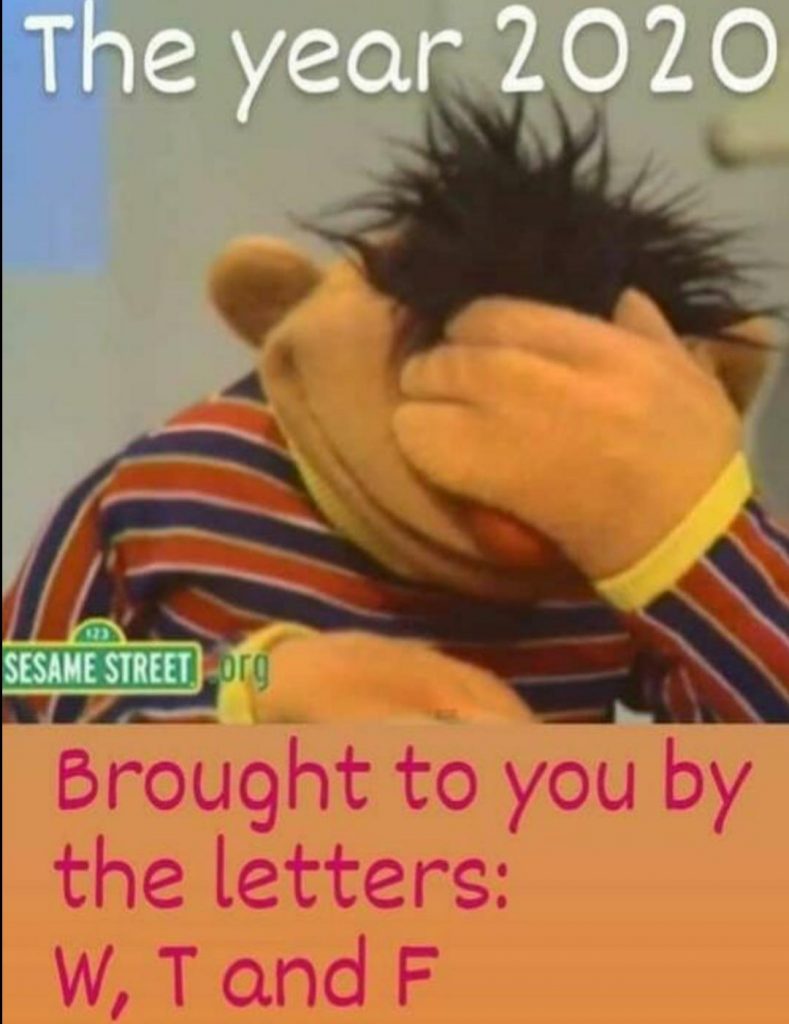 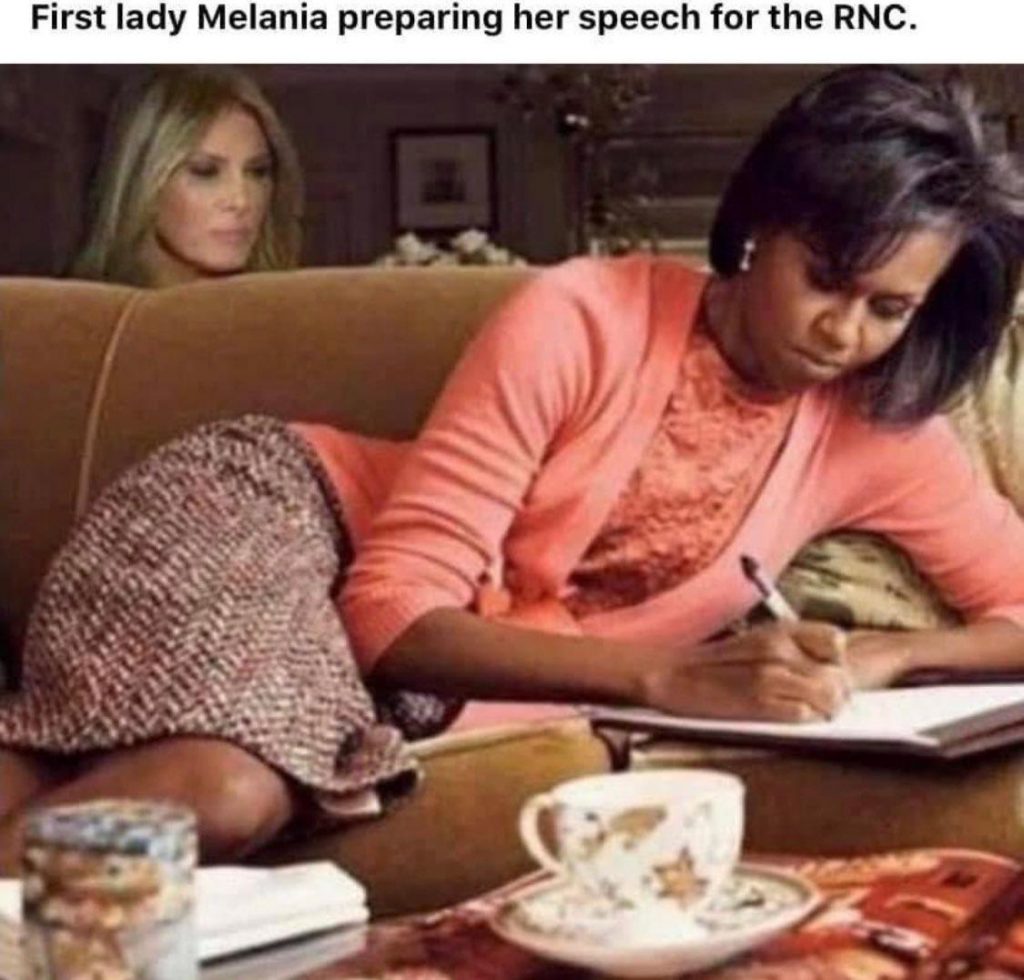 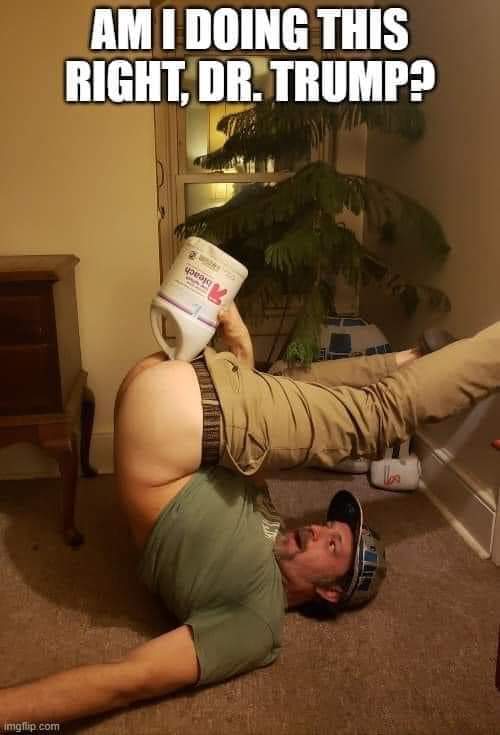 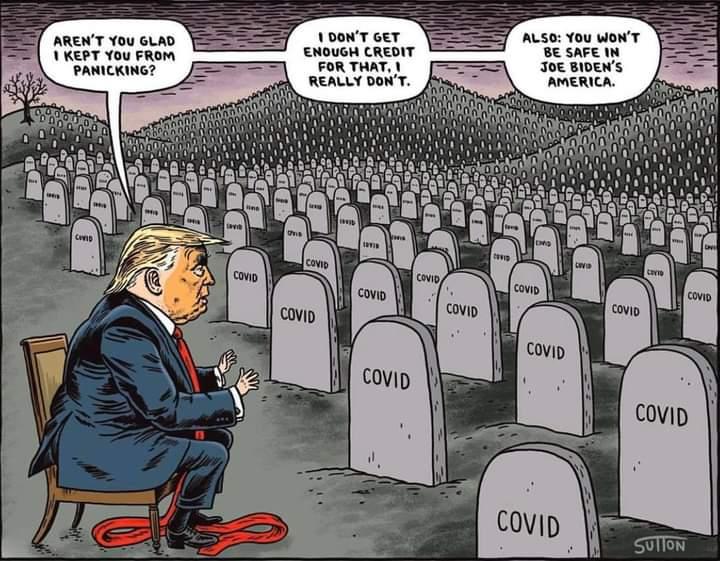 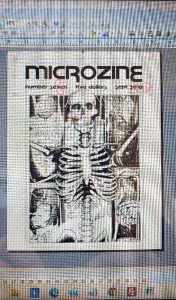 The latest issue of ‘Microzine’, the upcoming one being # 8, should be out by Halloween. The cover will reflect the time of year, taken from an illustrated story inside by an amazing artist, David Dinsmore, who is in Ohio, but reached out to me after I posted for artwork and stories here in the H-Town area.

Should you be interested in obtaining an issue or 12, or selling for profit at your comic book store or similar, reach out to me.