Why I Party (Mostly) Green 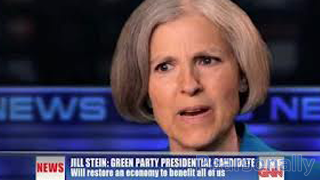 Why I Party Green

by Paul Pearson, posted at Pearsonally Speaking (delta9marketing.com/pearsonally) on Sept. 10, 2012

“Is s/he Democrat or Republican?”

“Whoever heard of him/her?”

Such are the responses I receive when I answer — when queried about my voting choices — who will be getting my single, lonely selection on election day.

Let’s just face it. Most Americans have barely heard of the Green Party, or only faintly remember Ralph Nader’s runs against Bush II in 2000 and 2004 (blamed both times for shifting Dems and independents away from Gore and Kerry). Yet despite what can be seen as the negatives of voting for a Green Party candidate, especially for president, 2 truths remain. First, many of the more recent crop of candidates for President, and most certainly the current candidate, Jill Stein, are much more sensible than the self-admitted “unreasonable man” of Ralph Nader. Second, few know there are many candidates for local offices who follow the Green Party, and are either its standard bearers, or follow its basic ideas, and who deserve a look, and even our patronage.

In nearly every state, and in most counties and major cities, Green Party candidates are running for office, and they need our help. Green Party candidates, you might be surprised to learn, have held high offices. Namely John Eder, who served 2 terms as a State Representative in Maine, having taken 65% of the vote in his first run for public office. In California, Audie Bock served in the State Assembly, and in Arkansas (!) Richard Carroll served in the State House. And this year, ‘the Greens’ have State Representatives and State Senators running in nearly every election, and on a federal level, Green Party (GP) spots on the ballot will attempt to get their candidates seats in the hallowed halls of power in Washington, DC.

My own district in Harris County, TX, has Charles Waterbury and Jim Chisolm vying for different seats for Justice of the Supreme Court, and both Irene Scharf and G. Molison are running for the State Board of Education, a more important position than most realize (Creationism as fact and evolution out of the curricula?)  This year, I will also be able to vote Green for Railroad Commissioner, as Chris Kennedy and Josh Wendel will both be on the ticket.

You can bet that David Collins will get my vote for U.S. Senator, one nudge against the presumptive winner, Tea Party batshit-crazy Ted Cruz.

More names than you thought, just for my spot of land, huh? Though across the nation there are hundreds of candidates — for County Commissioner and judge, Mayor and dogcather — they rarely get our vote.

In probably the past 12 years, especially, when discussing the values and ideas of the GP, there is one overwhelming statement I have heard, mostly from fellow “lefties” and “progressives”. Usually it is prefaced by “Yes, but the system is stacked against third party candidates,” and “The two-party system is so close to 50/50 that I have to give my vote to n.” These may be true, and I accept that they are, especially for President, but on a local level, I bet everything I have on one paradigmatic statement. Though this statement is extrapolated, if it has been said to me by as many voters as it has, and if that represents only a small core of voters and potential voters of a geographic region, and if this were extrapolated out for the nearly 285 million Americans of voting age across the nation, we would make a vast improvement in the political voice of this nation my placing several Green officials in state and national office.

Let me repeat that. “If everyone who thinks Green would vote that way, we would be!”

One of my favorite bumper stickers of late is a Progressive beacon. “Voting,” it says, “is like driving; D to go forward, R to go backward”. Beautiful. And in many ways, it is a cute support of the Democratic Party, and I like it. But the GPs need a similar slogan that embodies their values and lets people know they have a path toward a better future[1].

What the GP stands for, to answer that nagging question bounding around most of your craniums, is equality, progressive values, and Constitutional freedom. The Green Party, more than Libertarians or even the Dems, support the separation of state and church. The GP supports the Equal Rights Amendment on a Constitutional level. Although the ERA should have been passed in the 1970s, it was somewhat codified by Obama’s Lilly Ledbetter Fair Pay Act of 2009.

The GP will always default to the greenest, most environmentally friendly alternatives on legislation, asking Americans to make “Reduce, Reuse, Recycle” a near-national-motto mantra. This means taking away Federal restrictions in the Controlled Substances Act (Article II of the Comprehensive Drug Abuse Prevention and Control Act of 1970) preventing American farmers from growing Industrial Hemp[2]. And speaking of Hemp, the other aspects of the Cannabis plant, when it is grown for spiritual, recreational and medicinal value, would be legal (if controlled and regulated) as well.

The Green Party, more than any other political establishment, would increase the voting rights and democracy of all Americans, meaning voting rights would be automatic upon turning 18, and no single state or civic legislature would be allowed to usurp the rights of democratic participation for any citizen, no matter how impoverished, handicapped or in need. In fact, the GP list is so important, I refer anyone interested to view it at Jill Stein’s site.

No, I do not agree with everything the GP proposes to do, nor do I stand with them on every issue (something covered in another post). But for the average progressive American who understands that the Democrats have (in many cases) sold out to the overwhelming wheal of Republican-controlled media rhetoric just to get a vote, and the Stygian Fuckublicans are so A.D. 1400 as to make Torquemada jealous, the GP is a wise choice for their values.

[2] I am proud to say I am a founding member and still (though I now live in Houston) Communications Director of MIHEMP, the Michigan Industrial Hemp Education and Marketing Project.