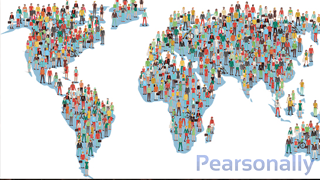 Of the Census years I have been alive, America’s population has certainly grown, but it has also shifted.  In 1970 there were 6 American cities with a population of more than 1 million.  They include the typical big 3 we would always think of: NYC, Chicago and LA, in that order.  At that time the list also included Philadelphia, my birth town of Detroit, and Houston, which had just hit the million-resident mark with that Census.

In 1980 that number stayed the same with NYC, Chicago and Philadelphia losing a combined 1,445,504 residents.  The listing places for the 4 top cities stayed the same, with LA gaining 150,789 bodies.

The most interesting differences came with the last two cities in the largest 6.  Detroit slipped from number 5, while my new hometown of Houston replaced it, having grown by 362,336 – certainly most of that growth from Detroit’s exodus of 308,143.  All of this is relational to growth from Coast to Coast of 23 million new Americans in that decade.

We jump to 1990 and see the situation change even more.  Although the country’s growth rate in the intervening 10 years slipped slightly, it missed the 1970 to 1980 figure by only a million.  The number of million+ towns grew by two, gaining San Diego and Dallas (barely), while Houston bested Philadelphia, and Detroit slipped below San Diego, making its final stand within the million+ club.  Chicago lost the title “Second City” to LA at this time as well.

Ten years later our shores held an amazing additional 33 million people, with NYC gaining enough people from the previous 15 or so years to blow past its 1970 figure of 7,894,862, growing by 113,416, increasing the Big Apple to just past 8 million people.

The Census Year 2000 count of million+ towns grew again, numerically only by 1, but now included San Antonio and Phoenix, kicking Motown out of the million+ category completely and forever.  Between 1990 and 2000, Houston, my beloved Petro Metro, gained 323,078 souls, or about 88.4 new residents per day, taking into account leap days. 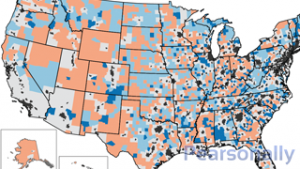 So not only has there been wonderful growth in these United States by population, assuming, of course, that growth and economics have a situational relationship; but migratory patterns and shifting population bases are also involved.  Clearly the North and Midwest have lost, and while NYC is the exception, the South and Southwest have grown.

Yes, this stuff truly fascinates me.

I am reminded of a joke Conan O’Brian told when the 2010 Census figures came out, paraphrasing: “Today the US Census released data showing that for the first time, America’s population has surpassed the 300 million mark.  China responded by saying ‘How cute’”.   A super-fascinating factoid I heard on PBS was that China has 160 cities with a population of more than one million people. 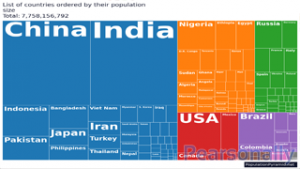 Interactive map of world populations. Want a mind-blowing factoid? Go to https://www.populationpyramid.net/population-size-per-country/2020/ and change the year from 2020 to 2022.

If we also look at population loss, one country alone, Syria, lost an estimated 4.1 million in just a few years due to that country’s wars and instability.  Population declines in some Baltic states, former Soviet Republics, Japan and Ireland have slowed or halted in the past few years.

The global dynamics involved, touching every aspect of life from population densities, infrastructure (improvements and their wear and tear), voting and representational patterns, shifting political boundaries, resource disputes, job growth and losses, the awarding of new manufacturing, border enforcement, migratory patterns, language distribution, education and 2 dozen other factors are involved and need to be considered in economical, political and social decisions.

Whether our elected officials are responsive to some of these changes here in the States is a matter for another discussion.

I bring this nattering ramble up because today I learned about what looks like a fascinating recently released book by demographer Paul Morland, an associate research fellow at Birkbeck College, University of London.  My news aggregator, Flipboard, is set show articles about books in science and history, and this hit covers both.  The History Extra podcast begins with a generalizing statement:

From early articles I found nearly a quarter century ago by Luigi Luca Cavalli-Sforza regarding population genetics, diasporas and diversity concerns in human history, the interplay of humanity within humanity  — including geographical interplay — has been truly fascinating to me.  Most importantly for my major fields of scholarship, how religion is effected by these concerns.  Mr Cavalli-Sforza – who passed from the living several months ago – was for decades the preeminent scientist pioneering research into how “using genetic information [can] help trace human evolution, history and patterns of migration”[3].  The obituary in the New York Times credits him thus:

Millions of people in recent years have sent off samples of their saliva to DNA-testing companies like 23andMe and Ancestry.com hoping to find out where their forebears came from and whether they have mystery relatives in some distant land, or even around the corner.[4]

Now, the corpus of science having sprung from his phenotype studies beginning “more than 60 years ago using blood … and 300 years of church records to study heredity in the villagers of his own country” (Italy) has grown, worldwide, in breadth and depth.  Many universities now include courses in genetic demography and other sub-disciplines which have their beginnings with Cavalli-Sforza’s studies.

So now the historians, researchers and scientists have compiled an unimaginably large amount of data, and luckily we have scholars like Morland to bring it to our eyes.  Certainly, Cavalli-Sforza’s works are thick and unreadable to many[5], but should Morland be as adapt at conveying concepts in print as he did in the podcast, his book will be an informing one.

So today I went to Amazon, ordered a used copy of his latest book, “The Human Tide: How Population Shaped the Modern World”, and await its arrival.  I look forward to putting it in the burgeoning stack of books in my office I imaginatively call “Yet To Read”.

That stack of books is devolving into more of a pyramid of books, as I fall farther and farther behind in my reading.  Yet this one might skip ahead of other recent titles of interest.

Because people, and how they live, work, move, are born, die and interact with the onion-skin thin layer of our globe and each other determines everything.

And that is a lesson I look forward to delving into, and reviewing here, soon.

[1]  https://lifestorage.com/blog/moving/moving-to-houston.  n.b. many statistics in this article are mined directly from the US Census official Website.   More great information can be found at populationpyramid.net.